Has The Market Figured Out Elliott Wave Trader Psychology?

If the Market is a Business, What’s the Fair Price?

Throughout your years of trading and day trading, you may have observed the market migrating towards the stops you place.  One way to understand that is the market moving to where there is business.  If you think about the market as a place of business, then it should move where there are buyers and sellers in order to service those customers.  That is particularly true if a majority of them think that is a fair (or even unfair) price at that time.

The lesson: when you place a stop loss you are in fact signaling the market (and market makers), that you think it is a fair price.  Beware, the market will most likely move there at some point in the near term.

You are highly unlikely to be the only one thinking the way you are thinking, and the market’s movements are a product of mass psychology – so if others agree with you then you’re probably all right, even when that stop loss represents you being wrong relative to what you were hoping for… and there’s something else.

The group psychology behind a trading or charting system eventually gets discovered by the market.  Having traded the markets for years, I am quite positive if we rewind time we will see far less complex corrections (a-b-c-d-e), and we will see many more simple corrections (a-b-c).  As this simple corrective methodology began to generate more and more trades (all while the markets became infinitely more efficient), it began to work less and less as the market evolved to more complex corrections.

In the following chart you see a mostly standard Elliott Wave count – with big potential for a third wave about to take off – as long as the previous fourth wave wasn’t violated and the 2nd wave didn’t violate the starting point of the new 1st wave.  Well it did – and in a big way.  The drop off that ledge was probably the fastest move of the day as Elliott Wave traders lined their stops up right below 84, and the market did business with them.

The answer is yes, and no. But it is something to be aware of: the market is aware of Elliott Wave expectations (stop-losses), and it will do business with its customers at those levels.  Trading Elliott Wave can be profitable in markets that are demonstrably following its rules and trending accordingly – but for certain markets it’s days are gone (at least for now).  For instance, Silver and Gold charts from yesteryear are most often used in Elliott Wave books (like this one) to demonstrate how Elliott Wave works – but the clear patterns demonstrated in those books are now gone from Silver & Gold.  What they have been replaced with are complicated, almost unpredictable overlapping market movements.  If you can expect anything now, it’s that a market will most likely retrace itself several times, but not in the same predictable Elliott Wave consolidation patters of the past.

In this chart you see an uptrend in Silver, but it constantly overlaps itself, breaks out and retraces a number of times.

I’m sure there a number of purist Elliott Wave traders that would contend with this postulate, and that’s fine, but the suggestion is very relevant in the markets today.  Traders should be cognizant of this fact…

The markets may know what you’re thinking. 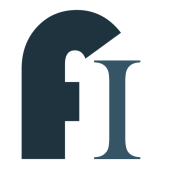 As the Dollar Turns