There could be a substantial divergence between Nasdaq and S&P charts.  Tech companies absolutely have an UNLIMITED GLOBAL MARKETPLACE where commodity-based multinationals have substantially higher costs to market penetration and face an array of other obstacles.  I’m wondering if the NEXT leg up on the Nasdaq could be an order of magnitude larger than S&P / DOW stocks… the ultimate “Tech Bubble” but perhaps even based on revenue multiples that I haven’t seen yet – but it would explain this recent divergence in grander terms – Nasdaq to 30k kind of thing on the next wave.  Going all the way back to 2003 – 2009 is where the divergence started – the Nasdaq didn’t make lower lows while the S&P did.

So comparing the count – the prediction that I’m making is that this NASDAQ count is the true bull, and through massive correlation the S&P / DOW have been drug up to unsustainable levels.  As other countries build their own businesses that compete with our multi-nationals, and as these economies evolve and diversify combined with nationalism & protectionism – they could eventually kick some of our big businesses out and/or beat them at their own game domestically – domestic manufacturing, domestic food supply, domestic auto-makers (like we’ve seen with Korea) – US market share in physical businesses could actually decline, while the tech companies will continue to dominate globally and see continued revenue growth in ways we haven’t even seen yet.

Whatever the next bottom in the Nasdaq is, I think moving an entire portfolio to it will be the move that represents a generational wealth growth opportunity.  I think the S&P / DOW will top near current levels (on their next wave up) and this will prove to be a longer term end point for them at P/E of 20 – where the NASDAQ will continue higher for decades potentially allowing for higher fundamental valuations.

But in the interim I think we could see a bear market for at least a year across all markets.  Very hard to say though, I will never get over this:

And if that TREND of money printing continues unabated, then it becomes ever-more important to watch log-scale charts.This is the Dow Log with mid-channel support at 15-20k or something – hard to get the data exact with this chart.

Adjusted for inflation since 1980 we could see trend line support at 17k – but again that’s assuming a pretty massive bear – one that the Fed basically can’t prevent – and I think most educated, experienced economists would say they can’t prevent it and the more money they print the stronger the bear becomes – but we are in a totally new era fiscally, financially &, technologically. 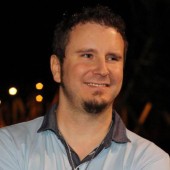 As the Dollar Turns 2

WHAT DO FUTURES AND COMMODITIES MARKET TOPS AND BOTTOMS LOOK LIKE?

Cotton Update – Tomorrow Could Be a Huge Determining Day